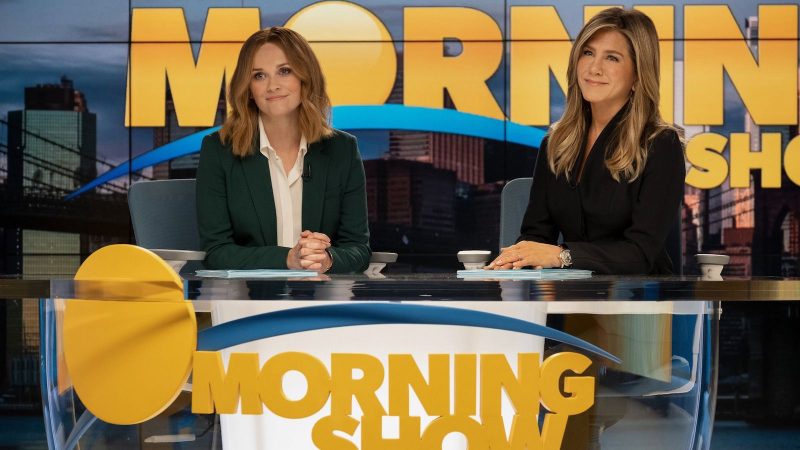 After six months since production was temporarily shut down due to the ongoing pandemic, Deadline brings word that Apple has greenlit production resuming on the upcoming second season of their hit drama series The Morning Show. The Reese Witherspoon and Jennifer Aniston-led series is scheduled to go back to filming on Monday, October 19. However, the said date is still subjected to change, depending on the COVID-19 safety protocols and restrictions. The series is actually not the only Apple TV+ show that is expected to go back to the set this month with Jason Momoa’s See Season 2 also resuming filming in Toronto.

In addition, the outlet has also confirmed that Golden Globe winner Steve Carell is currently in talks with The Morning Show producers for a deal to return as Mitch Kessler for the second season after originally only signing on for a one-year deal.

The Morning Show, which has already received a two-season and 20-episode order and created by Michael Ellenberg (The Leftovers) with Kerry Ehrin serving as the series’ writer. It follows the lives of the people who wake up before dawn and deliver the morning talk shows on TV.

The first season earned three Golden Globe nominations including Best Television Series – Drama and Best Actress for both Witherspoon and Aniston. It also received seven Emmy nominations with Billy Crudup winning Outstanding Actor in a Drama Series for his performance as Cory Ellison.

The series also marks Carell’s first foray back into the small screen after seven seasons starring on The Office. It also marks Aniston’s return to television for the first time in 15 years since starring in one of the main roles on the hit NBC sitcom Friends, with the actress also choosing to focus on film roles. While she’s had bit-parts on TV in years past, (including Friends), Witherspoon made her debut in a starring TV role in last year’s Big Little Lies, which she also executive produced.

The Morning Show Season 1 is now available on Apple TV Plus.