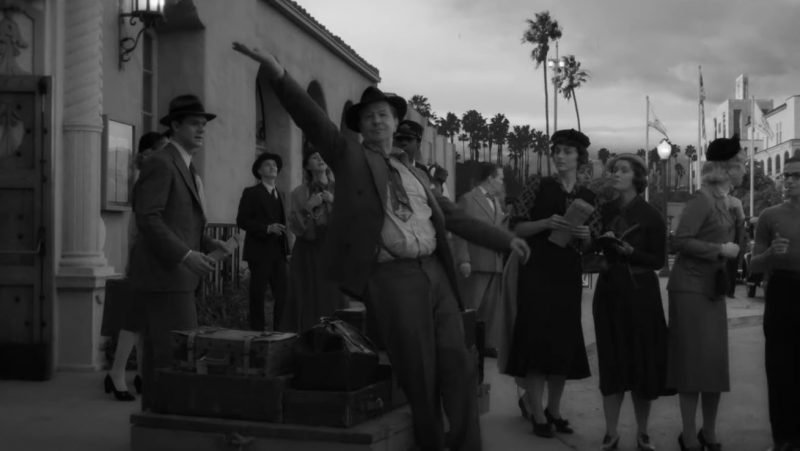 Netflix has released the first Mank teaser for acclaimed filmmaker David Fincher’s upcoming black-and-white biopic drama, providing us a preview of Oscar winner Gary Oldman’s portrayal of the titular Citizen Kane screenwriter. Also starring Amanda Seyfried, the film will make its debut in select theaters in November, and will be available for global streaming on December 4. Check out the video in the player below along with the film’s Reddit teaser which features more new footage!

RELATED:The Trial of the Chicago 7 Trailer: Democracy Refuses to Back Down

Mank will be led by Oscar-winner Gary Oldman as Herman Mankiewicz. 1930s Hollywood re-evaluated through the eyes of scathing social critic and alcoholic screenwriter Herman J. Mankiewicz as he races to finish the screenplay of Citizen Kane for Orson Welles.

Mank is directed by David Fincher from a script written by Jack Fincher. It is executive produced by Ceán Chaffin, Eric Roth and Douglas Urbanski with Peter Mavromates and William Doyle set as producers.

RELATED: Mindhunter Season 3 Has to Wait for David Fincher to Finish His Next Film

Mankiewicz is most famous for co-writing Citizen Kane alongside director Orson Welles. Widely considered to be one of the greatest films of all time, it gave Mankiewicz quite the influence in the golden age of Hollywood. In keeping with the vibe, Mank is filmed entirely in black and white.

Having written or co-written nearly 100 other films, including classics like The Pride of the Yankees, Gentlemen Prefer Blondes, and The Wizard of Oz, he remains best-known for Citizen Kane. Although the film caused a rift between him and Welles, as Mankiewicz accused the director of pushing him out of the limelight, even offering to pay him off so Welles could get the sole writing credit on the film.

Alex Essoe Talks Death of Me, Her Doctor Sleep Experience…