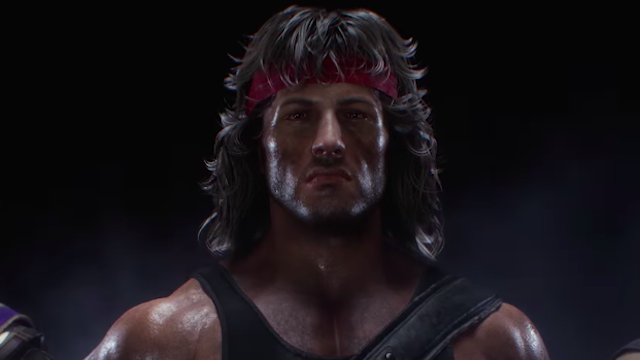 Anyone who ever wondered if John Rambo were tough enough to win the Mortal Kombat tournament, might be close to finding out the truth. NetherRealm Studios revealed a new set of DLC in addition to the upcoming expanded version of the videogame, Mortal Kombat 11 Ultimate, in a brand new trailer. The video features Rain and Mileena, two fan-favorite Mortal Kombat characters who were missing from the initial roster. The trailer also introduces Sylvester Stallone’s Rambo, who will be voiced by the veteran actor himself — unlike The Terminator, who is voiced by a different actor than Arnold Schwarzenegger, Chris Cox. In the video, Rambo wastes no time and locks horns with his opponents in the jungle.

NetherRealm Studios has recently introduced many guest characters in the Mortal Kombat universe. Besides Rambo, they have also added  RoboCop, Spawn, and the Joker, among others.

Mortal Kombat 11 Ultimate will hit stores on Nov. 17. It will cost $59.99, and it will include Mortal Kombat 11, Mortal Kombat 11: Aftermath, as well as Kombat Pack 1, and Kombat Pack 2. Fans who will purchase the upcoming expanded version of the game will have Krossplay support in select modes, which means that PlayStation gamers will be able to challenge Xbox gamers and vice versa. However, it appears that Nintendo Switch, PC, and Stadia won’t be included at launch.

Are you going to buy the Kombat Pack 2 to play as John Rambo? Let us know in the comments section below.

Alex Essoe Talks Death of Me, Her Doctor Sleep Experience…

Paddy Considine Joins Game of Thrones Prequel House of the…