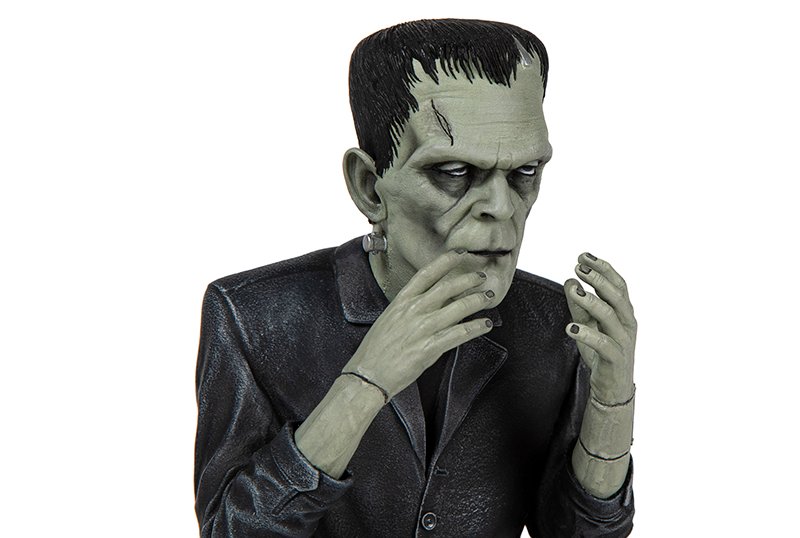 Just in time for the Halloween season, popular vinyl soundtrack production house Waxwork Records is making their entrance into the world of toys and collectibles with a new Universal Horror line, beginning with a figure of the film studio’s iconic monster Frankenstein. The full figure can be viewed below!

“It’s Alive!” Our official Universal Monsters FRANKENSTEIN Spinature is On Sale Now! This monster is ready to terrorize your turntable! https://t.co/4GIDcb9OnI pic.twitter.com/9g85wqSu8r

The Universal Horror line is part of a new set of figures the company has developed called Spinatures, which are highly-detailed turntable-spinner mini-busts that will feature iconic characters from pop culture, horror movies and beyond! Each figure is fitted with a hole in their base to easily attach to the spindle of a turntable and then spin along with your favorite records.

For those who don’t have a turntable, Waxwork has taken this into account for collectors with the ability to proudly display their Spinatures figures virtually anywhere. Any home or office setting is perfect for them, including computer desks, bookshelves, toy and collectible display cases, counter tops and even car dashboards.

The first Spinature figure comes in the form of Frankenstein from their Universal Horror Line, an official Universal Monster product designed and produced by Waxwork and features the iconic creature from the landmark 1931 horror film with the likeness of legendary actor Boris Karloff. Many more official Universal Monster Spinatures are set to be unveiled as fall progresses, as well as throughout the 2020 holiday season including The Bride of Frankenstein, Dracula, The Mummy, The Phantom of the Opera, The Creature from the Black Lagoon, The Wolfman and The Invisible Man! 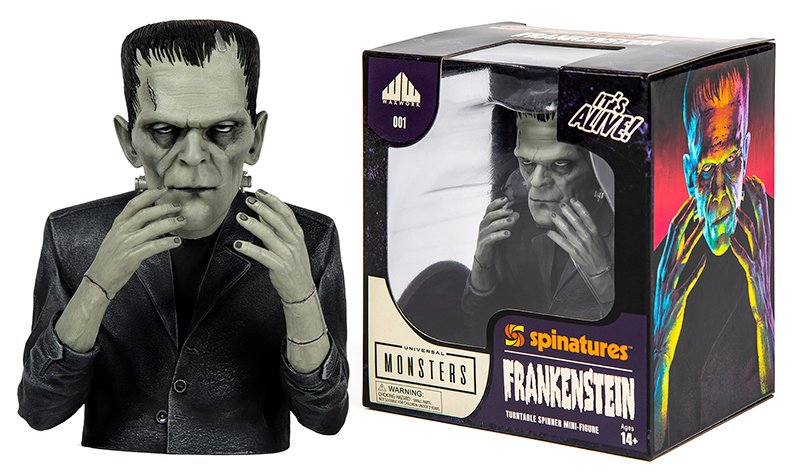