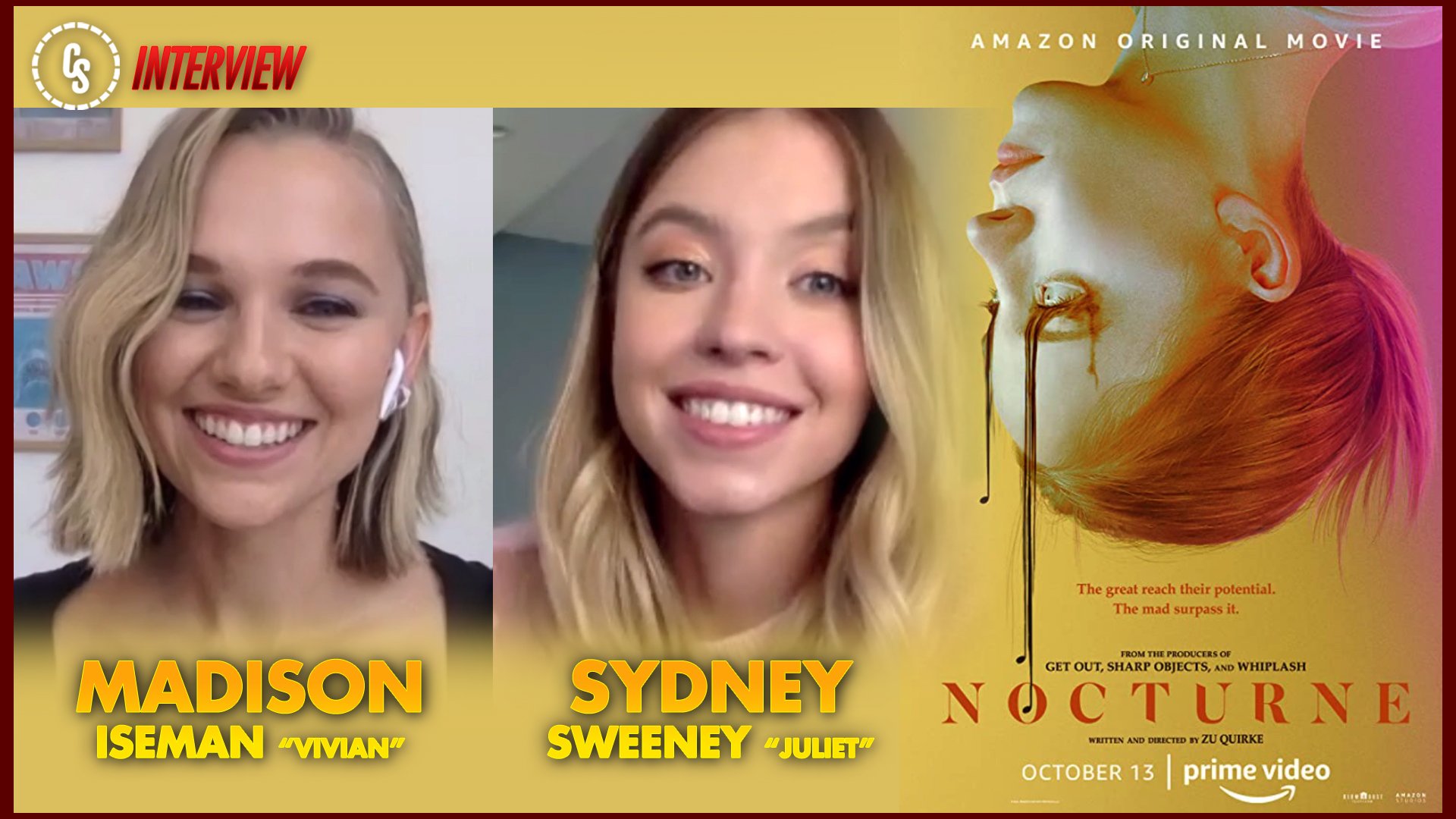 ComingSoon.net got the opportunity to chat with Nocturne stars Madison Iseman (Annabelle Comes Home, Jumanji: The Next Level) and Sydney Sweeney (Euphoria, Once Upon a Time in Hollywood) to discuss their roles in one of the four films of Amazon Prime Video’s partnership with Blumhouse entitled Welcome to the Blumhouse. Our interview can be viewed in the player below!

Written and directed by Zu Quirke (Zugzwang, Ghosting), Nocturne centers on twin sisters Juliet and Vivian, both aspiring pianists in their final year at a music high school, with Juliet (Sweeney) struggling to shed the shadow cast over her by Vivian (Iseman)’s achievements and as her understudy. While Vivian flirts with the adulation of her tutors, cohorts and sexual conquests, Juliet happens upon the diary of a recently-diseased classmate with music inside, setting off a chain of disturbing events that will change both sister’s lives.

The films showcase exciting up-and-coming talent, alongside established actors in exceptional and shocking new roles. Welcome to the Blumhouse launched in October, timed for the Halloween season, on Prime Video in over 240 countries and territories worldwide.

All four films are now available to stream on Amazon Prime Video!

Sister Act 3 Is Trying to Reunite the Original Cast Teases…