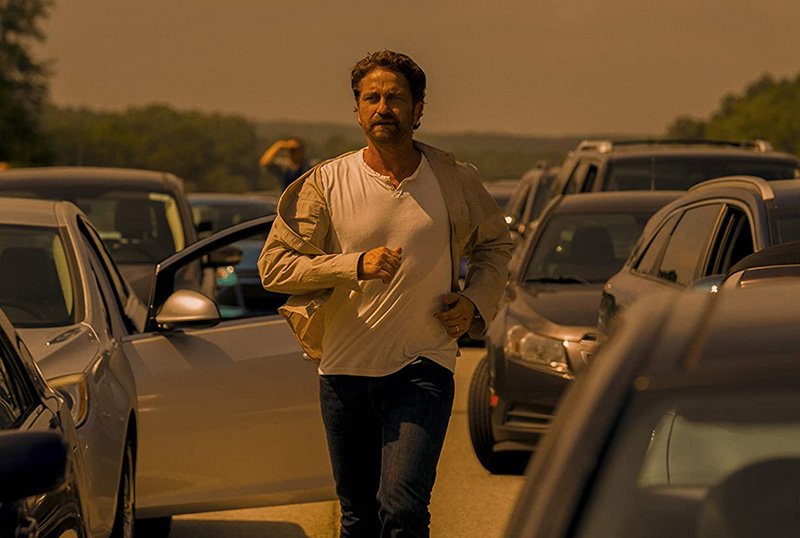 STXfilms’ Greenland starring Gerard Butler will be available to US audiences on premium video-on-demand platforms (PVOD) beginning December 18 for a $19.99 48-hour rental. The film will be available on HBO and to stream on HBO Max in 2021 after its initial PVOD run.

The action film has opened #1 in theaters in 24 territories around the world, already garnering over $45 million on a $35 million production budget. The film continues to roll out theatrically in international markets such as Italy and New Zealand.

“Greenland has been a hit everywhere in the world, so it’s exciting to bring it to American audiences on PVOD,” said Adam Fogelson, chairman of STXfilms Motion Picture Group.

A family fights for survival as a planet-killing comet races to Earth. John Garrity (Gerard Butler), his estranged wife Allison (Morena Baccarin), and young son Nathan make a perilous journey to their only hope for sanctuary. Amid terrifying news accounts of cities around the world being leveled by the comet’s fragments, the Garrity’s experience the best and worst in humanity while they battle the increasing panic and lawlessness surrounding them. As the countdown to global apocalypse approaches zero, their incredible trek culminates in a desperate and last-minute flight to a possible safe haven.

Greenland also stars Morena Baccarin (Deadpool, V) and Scott Glenn (The Hunt for Red October, The Silence of the Lambs). The movie is written by Chris Sparling (Buried, The Sea of Trees) with revisions by Mitchell LaFortune.

Directed by Ric Roman Waugh (Shot Caller, Snitch), the film is being produced by Thunder Road Films’ Basil Iwanyk (Sicario, John Wick), who also had a hand in development, alongside Butler and Alan Siegel via their G-BASE production company. Anton is both producing and fully financing the picture, while CAA Media Finance arranged its financing, as well as represented the project’s domestic rights alongside Anton.