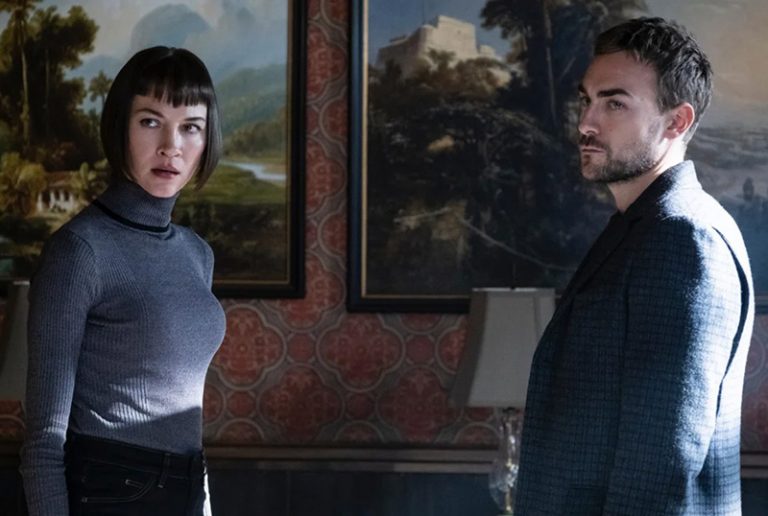 Welcome to Mandatory Streamers, our column covering the best new streaming content coming your way every week! After last week’s Season 2 finale of Amazon Prime Video’s The Boys and Netflix’s debut of The Haunting of Bly Manor, the week of October 12 brings Hulu’s series adaptation Helstrom, based on the Marvel comics, introducing a new dysfunctional family horror story from Emmy nominated creator and EP Paul Zbyszewski. Check out the best shows debuting and returning online this week as well as the latest renewal announcements below, and be sure to visit our mother site Mandatory by clicking here!

Marvel’s Helstrom, Series Premiere: The series follows siblings and supposed serial killer offspring Daimon Helstrom (Tom Austen) and Ana Helstrom (Sydney Lemmon). Plagued by their family background, the Helstrom’s will pursue the world’s vilest of the vile — with some family drama of their own. Daimon is a professor of ethics who moonlights as an exorcist. Daimon has no illusions about saving a world he has no patience for; he just hopes he can help a few of the people closest to him. In his battle against a hidden world, Daimon is determined to root out demons as they arise, and will not stop until they’re vanquished. Ana runs a successful auction house and suffers no fools, but her true interest lies in hunting down those who hurt others. Traumatized by her father as a child, Ana is driven to rid the world of those like him, even as she secretly worries her father will return. All episodes of the first season are now streaming on Hulu.

Grand Army, Series Premiere: The coming-of-age drama is set in Brooklyn, centering around five students of the titular public high school as they wrestle with sexual, racial, and economic politics and fight to succeed, strive, wild out, break free and become somebody. Based on the 2013 play Slut written by Katie Cappiello, the 10-episode series is available to stream now on Netflix.

The Trial of the Chicago 7, Movie Premiere: Normally, Mandatory Streamers lays out the best of weekly TV binges, but Aaron Sorkin’s docudrama The Trial of the Chicago 7 is too good (and too important) to miss. Now streaming on Netflix and based on the true story, the movie follows protesters who disrupted the 1968 Democrat party convention with an anti-Vietnam war “carnival” that turned nasty. Demonstrators threw bricks, police responded with tear gas and the center of Chicago was engulfed in flames. Curfews only escalated the violence. After the clashes, independent investigators blamed eight police officers and eight protesters including Abbie Hoffman, who had already disrupted the New York Stock Exchange with showers of fake money. The police were not charged but the protesters were accused of inciting a riot. One was jailed for contempt, leaving the seven to fight the charges.

Star Trek: Discovery, Season 3 Premiere: After making the jump in the second season finale, Season 3 of Star Trek: Discovery finds the U.S.S. Discovery crew dropping out of the wormhole and into an unknown future far from the home they once knew. Now living in a time filled with uncertainty, the U.S.S. Discovery crew, along with the help of some new friends, must together fight to regain a hopeful future. The first episode of the season is now streaming.

Mystery Road, Season 2: Season 2 of the hit Australia drama series marks the return of Aaron Pedersen as Jay Swan, the brooding yet complicated Indigenous homicide police detective. He arrives in the coastal town of Gideon, where he investigates a grisly case that may unearth a drug trafficking ring. Also, he faces obstruction from a visiting ambitious Swedish archaeologist (Sofia Helin) who has set up a survey site to uncover Indigenous cultural artifacts but is confronted by protesters in the local community who do not want her digging up their land to rewrite their history. In this small community where the desert meets the ocean, Jay must expose the web of corruption plaguing the town as the body count rises. Many timely Indigenous issues feature in the plots, including the perceived mistreatment of the natives by police and the attempted return of human remains dug up during scientific expeditions to its descendants for reburial. Acorn TV is now streaming the first two episodes of Season 2 with new episodes dropping through November 9.

The Last O.G., Season 4: TBS has officially renewed Tracy Morgan and Jordan Peele’s hit comedy series The Last O.G. for a fourth season! The network also announced that writer-comedian Owen Smith (black-ish) will be taking over from Keenan Ivory Waynes as the series’ new showrunner. The first two seasons are available to stream on Netflix.

Dickinson, Season 3: Apple TV+ has officially renewed their Hailee Steinfeld-led series Dickinson for a third season after nearly a year since the first 10-episode season, available to stream now, debuted! The historical comedy-drama will return on January 8, 2021.

Black Monday, Season 3: Showtime has renewed the Emmy-nominated comedy series Black Monday for a third season! The new season will consist of 10 episodes with production scheduled for 2021. The first two seasons are available to stream on Showtime’s platforms.

Cobra Kai, Season 4: Netflix has officially renewed The Karate Kid sequel series Cobra Kai for a fourth season! The first two seasons are available to stream now and Season 3 will debut on January 8, 2021.