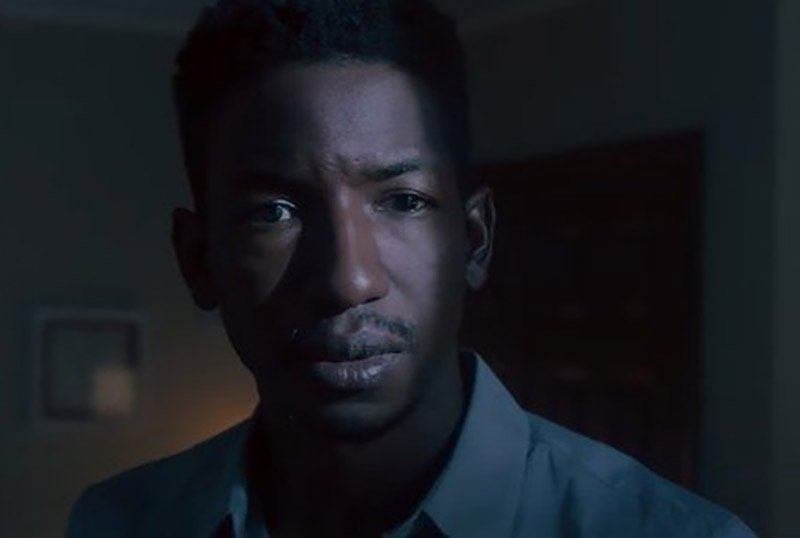 ComingSoon.net got the opportunity to chat with star Mamoudou Athie (Uncorked, Sorry for Your Loss) to discuss his role in one of the four films in Amazon Prime Video’s Welcome to the Blumhouse collection, Black Box, which is now available on the streaming platform! Click here to watch the sci-fi thriller!

When reflecting back on the reason for why he wanted to be a part of the project, the Get Down alum outright states that it was the opportunity to work with writer/director Emmanuel Osei-Kuffour Jr. in his feature debut, looking back on his first conversation with the filmmaker in which he came away thinking, “Oh yeah, I want to work with this guy.”

“I just felt a connection with him in terms of what he’s after and also the kind of person he is, so it was a no-brainer,” Athie expressed. “Not to mention the character and the script itself, I had never done anything like it. It was an entirely present process, Emmanuel was so prepared and so generous, much like Prentice [Penny, Uncorked writer/director]. I would say it’s a very different situation, though it was Prentice’s first feature he does showrun Insecure, he’s amazing at it, whereas I believe Emmanuel had only shot some shorts prior. It didn’t even feel like a leap of faith, though, when I spoke with him it was one of those things where it was like, ‘Oh yeah, we understand each other and we’re after the same thing, so whatever happens we’re aligned in our goals.’”

This collaborative relationship with Osei-Kuffour Jr. carried over into his work developing the character of Nolan for the screen, with Athie noting that the script was “really well-written” and included a number of “cues” and “hints” to help appropriately get him into character from scene to scene.

“You have ideas based on what people say about your character and what you say about yourself as the character and what you do,” Athie explained. “That informs exactly who I’m playing at the end of the day, then we get into more specifics with the imagination that is born of those facts and also having conversations with the director, ‘What is appropriate?’ Because there are some things that I did that just aren’t in the movie, I’ll tell you that much right now [laughs]. When you’re aligned it’s pretty easy going.”

To bring his character to life and explore the depths of terror he experiences as he fights to recover his memories to properly be with his daughter also proved to be one of the most creatively challenging for the 32-year-old star as he navigated the mindset of the role.

“Sorting out how this person goes — I’m trying to avoid spoilers [chuckles] — how this person goes through the world did require a certain amount of really careful consideration throughout,” Athie recalled. “When you have a good director who’s helping you stay within the parameters that you have set for yourself, it becomes an easier task, it was one of those things that happened organically through conversation after conversation until we were like, ‘Okay, now we get it.’” 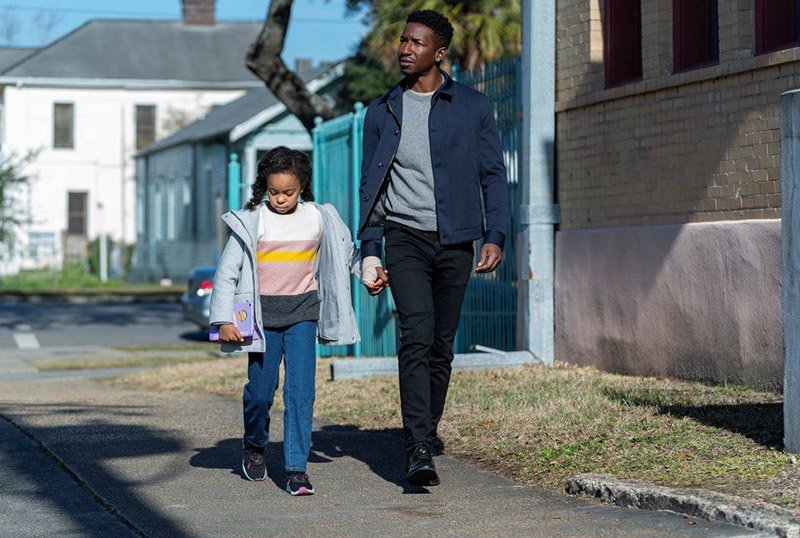 One of the brightest elements of the project for the star came in the form of working with the young Amanda Christine, who portrays his daughter Ava in the film, who he calls “the star” and describes her as “fantastic” and found himself amazed at her work on the set.

“I could not believe, even like on the first day of filming, that she was so available to the degree that she was and just like skillful beyond her years, she’s incredible with that one,” Athie brightly described. “I just remembered there was this one scene where I had to yell at her, it wasn’t my favorite to scene to get to yell at Amanda, but like I was impressed at what she was able to bring out of me, I was like, ‘Whoa.’ I thought that had to be self-generated because she’s like such an incredible actor, we had a phrase we used in the school I went to that when you’re being a good scene partner you’re throwing the ball to your scene partner, and she threw it to me in such a way that you just can’t help but to respond in other kinds of ways, like, ‘Wow, she’s a fantastic young actor.’”

Having come from his work with Netflix on the Baz Luhrmann co-created musical drama and Facebook Watch for the Elizabeth Olsen-starring drama, Athie didn’t really notice much difference working with Amazon for the film, noting it was more a “Blumhouse production” than “strictly an Amazon set.”

“My head was kind of in the sand, so I didn’t really pay attention to that kind of thing, I was just worried about what I had to do, which was shoot this movie and in 19 days, so there was really no time for musings about anything else but what we were doing,” Athie laughed. “I’m glad people are going to have an opportunity to watch it, I’m really excited for the release, I’m excited for Emmanuel in particular, the more people that see it the better, I hope it does great!”

Written and directed by Osei-Kuffour Jr. in his feature debut, the film follows single father Nolan who is recovering from a car accident that took his wife as well as his memory and chooses to undergo an agonizing experimental treatment that causes him to question who he really is.

The films showcase exciting up-and-coming talent, alongside established actors in exceptional and shocking new roles. Welcome to the Blumhouse will launch in October, timed for the Halloween season, on Prime Video in over 240 countries and territories worldwide. 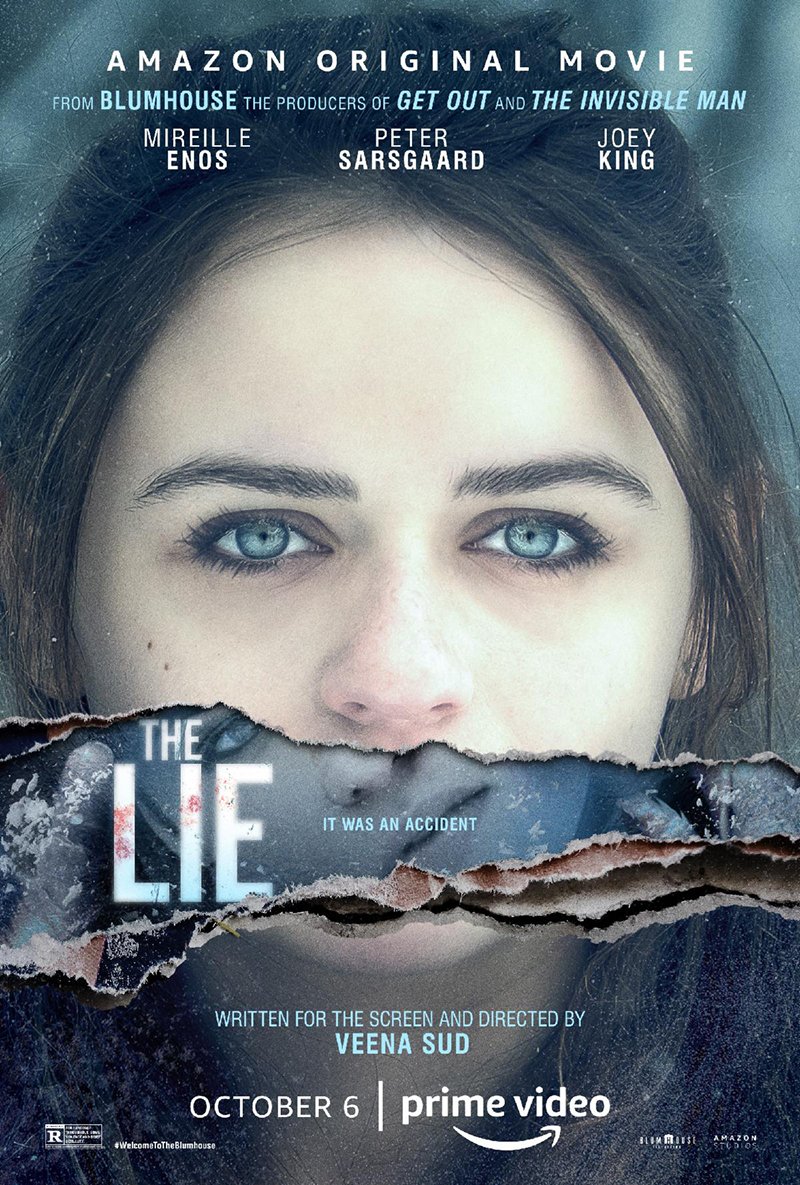 Scream 5 Star Thinks Fans Will Dig It, Says It Brings Back…