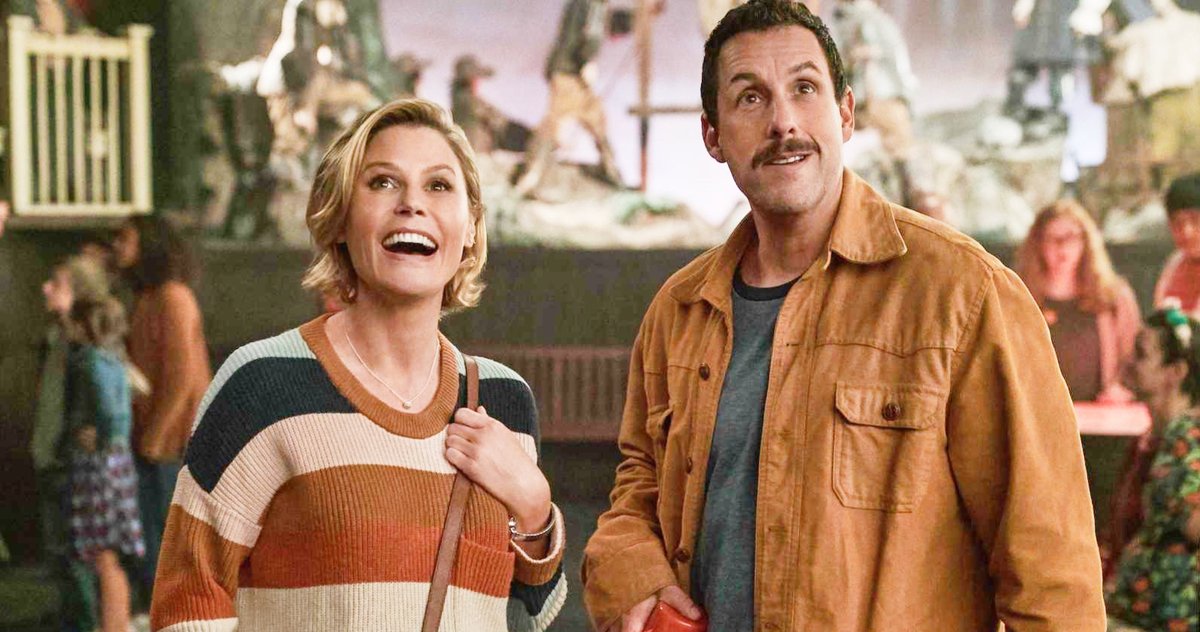 To nobody’s surprise, Adam Sandler’s latest Netflix comedy Hubie Halloween topped the streaming giant’s top trending lists upon the day of its debut. Back in 2014, Sandler first struck a deal with Netflix to produce six movies for the streamer under the actor’s studio Happy Madison productions, of which Hubie Halloween is the final installment. The arrangement proved so profitable for Netflix that earlier this year the company extended the contract to include four additional movies.

Hubie Halloween tells the story of frequently mocked delicatessen owner Hubie, played by Adam Sandler, who patrols the streets every Halloween night to ensure proper etiquette is observed. On the latest Halloween night, real monsters attack the town, and it is up to Hubie to convince everyone else that the threat is real so they can all band together to save the day.

American Murder: The Family Next Door follows at second place behind Hubie Halloween on Netflix’s trending charts. Using raw, firsthand footage, this documentary examines the disappearance of Shanann Watts and her children, and the terrible events that followed. Third on the list is Emily in Paris, the Lily Collins-led rom-com series that sees the titular twenty-something social media strategist unexpectedly moving to Paris for her job.

At the fourth position is Schitt’s Creek, which parlayed its recent string of Emmy wins into high-profile viewership numbers as more and more people tuned in to the comedy series to see what all the fuss is about. Next at number five is American Pie Presents: Girls’ Rules, from the cult-classic teen comedy series. No amount of repetitive storylines and poor reviews could keep the audiences from taking a stab at watching the movie, if only for nostalgia’s sake.

The sixth position on the list is taken up by Evil, a supernatural drama. The show follows the exploits of a skeptical forensic psychologist who becomes allies with a Catholic seminarian and a technology contractor to investigate purported supernatural incidents. The number seven position goes to Ratched, the One Flew Over The Cuckoo’s Nest-spinoff featuring Sarah Paulson in the lead role as the sadistic Nurse Ratched.

Near the bottom of the list, at number eight is Cocomelon, the musical children’s variety program that has taken YouTube by storm. The show is part of Netflix’s stated desire to muscle in on Disney’s dominance when it comes to the tween and toddler demographic.

At number nine we have Colombiana starring Zoe Saldana in the lead. The 2011 thriller has Saldana in the role of Cataleya, a young girl who witnesses her parent’s murder and devotes her whole life to becoming an assassin to avenge their deaths. So basically Gamora from Gaurdians of the Galaxy without the green body paint.

Rounding out the list at number 10 is Adam Sandler once again. The professional funnyman’s 1999 hit comedy Big Daddy has landed at the tenth spot after only recently being added to Netflix, proving the streaming platform’s audience cannot get enough of Sandler’s feel-good brandy of comedy.

Black Comic Is Becoming a Movie, Asks ‘What If Only Black People Had Superpowers?’

Joe Manganiello Weighs in on Restored Deathstroke Scene in…