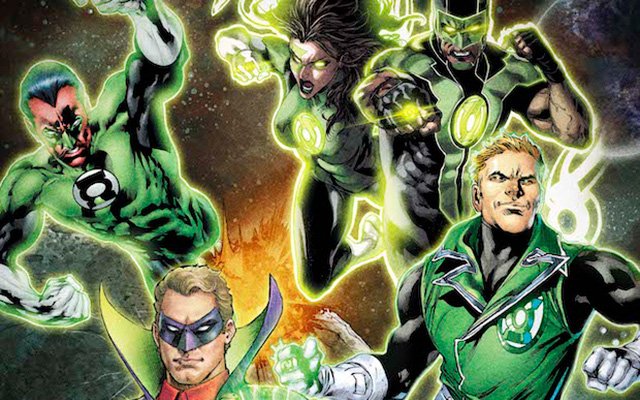 HBO Max has officially given a 10-episode series order to executive producer Greg Berlanti’s newest DC series Green Lantern which will be written by Seth Grahame-Smith (The Lego Batman Movie) and Arrow co-creator Marc Guggenheim, who is also known for co-writing 2011’s Ryan Reynold-led Green Lantern movie. This news comes after nearly a year since Berlanti had first announced the development of the project.

Based on the character created by Alan Scott and Martin Nodell, the upcoming Green Lantern series will depict the adventures of a multitude of Lanterns, including Guy Gardner, Jessica Cruz, Simon Baz, and Alan Scott — Earth’s first Green Lantern, who, true to the comics, is a gay man — and many more. The series will also include fan favorites such as Sinestro and Kilowog, and will also introduce new heroes to the ranks of the Green Lantern Corps.

The series will also be executive produced by Grahame-Smith and Guggenheim with Grahame-Smith also set as the showrunner. In a previous report, HBO Max’s head of content, Sarah Aubrey had said that the new DC series is expected to take place through the “span of several decades.”

Green Lantern’s first live-action adaptation was Martin Campbell’s 2011 film where it starred Ryan Reynolds as the titular hero. However, the film was poorly received by critics and fans and was a box-office failure after only bringing in just $220 million worldwide on a $200 million budget.

Berlanti is also an executive producer on The Flash, Supergirl, DC’s Legends of Tomorrow, Batwoman, and Black Lightning for The CW. For DC Universe, he produces Titans, Doom Patrol, and Stargirl. Additionally, is developing spinoffs for Superman and Lois Lane as well as Green Arrow and the Canaries. It’s unclear if the new Green Lantern series will impact the long-in-development Green Lantern Corps movie.

How Mission: Impossible 7 Shoot Survived the Pandemic Without Any New Infections

The Mandalorian Season 2 Character Posters Arrive Ahead of…