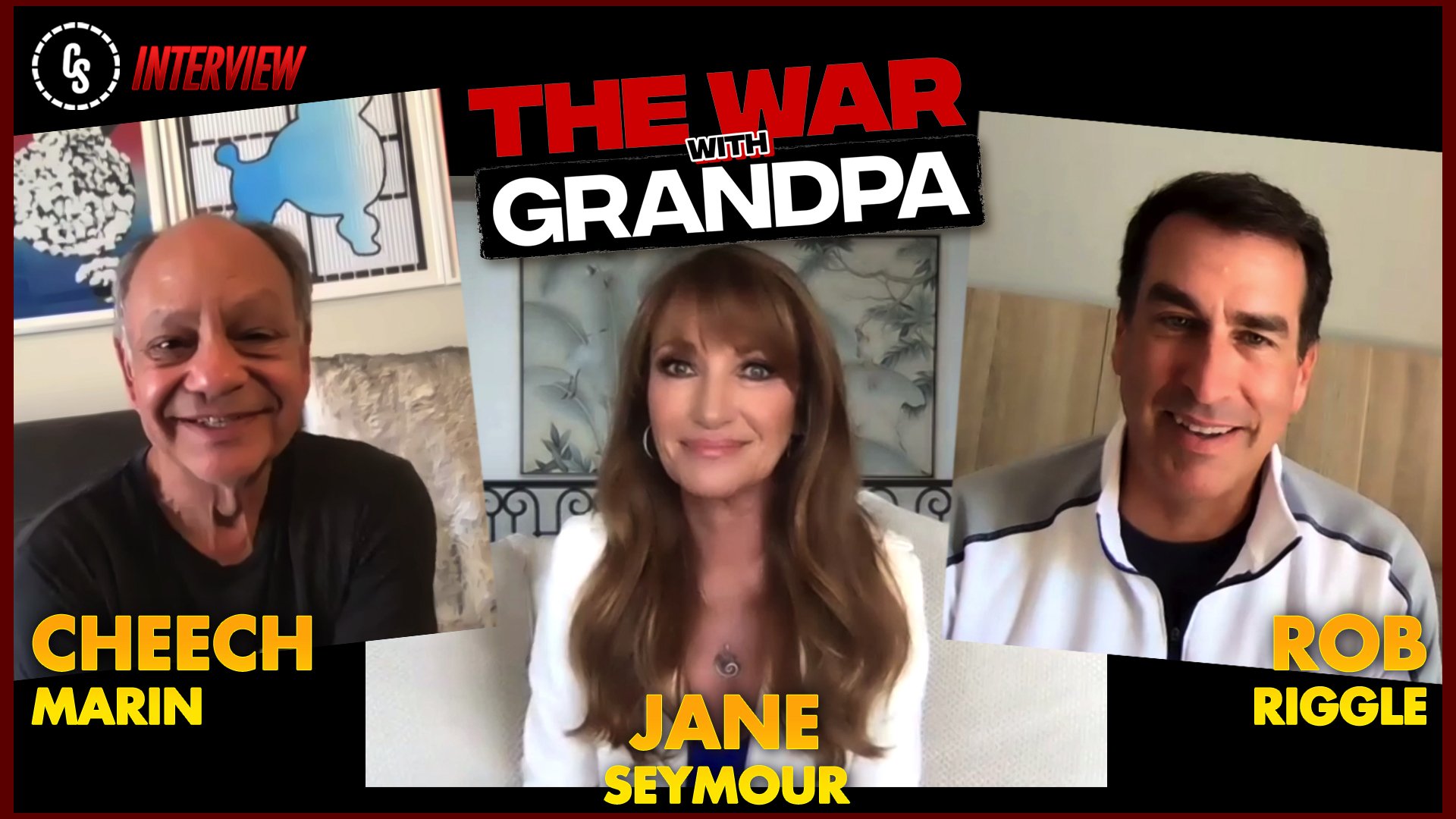 ComingSoon.net got the opportunity to chat with Emmy and Golden Globe winner Jane Seymour (Wedding Crashers), Cheech Marin (The Book of Life) and Rob Riggle (Night School) to discuss The War With Grandpa, which is now available in select theaters! Our interviews can be viewed in the player below! Click here to pre-order your digital copy of the family comedy!

Based on the award-winning book by Robert Kimmel Smith, The War with Grandpa follows sixth-grader Peter (Fegley), who is pretty much your average kid — he likes gaming, hanging with his friends and his beloved pair of Air Jordans. But when his recently widowed grandfather Ed (Robert De Niro) moves in with Peter’s family, the boy is forced to give up his most prized possession of all, his bedroom. Unwilling to let such an injustice stand, Peter devises a series of increasingly elaborate pranks to drive out the interloper, but Grandpa Ed won’t go without a fight. Soon, the friendly combatants are engaged in an all-out war with side-splitting consequences.

Pick up your copy of the book here!

The War with Grandpa is directed by Tim Hill from a screenplay by Tom J. Astle and Matt Ember. The film will be released in theaters on October 9, 2020.

Black Comic Is Becoming a Movie, Asks ‘What If Only Black People Had Superpowers?’

Exclusive From the Vine Clip Featuring Joe Pantoliano in the…