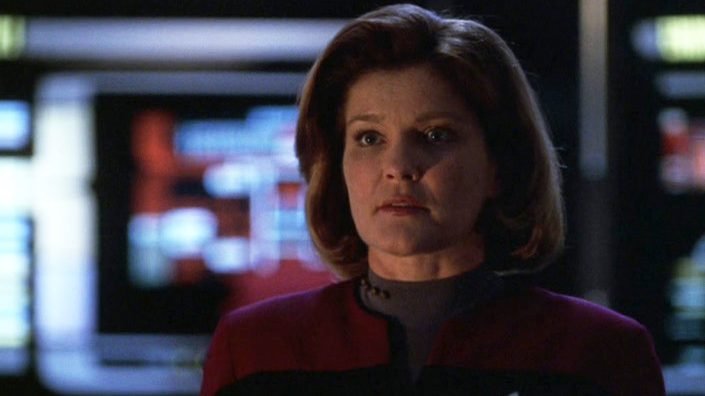 During Star Trek Universe’s virtual panel at New York Comic Con, creator Alex Kurtzman has announced that Star Trek: Voyager alum Kate Mulgrew will officially be joining Nickelodeon and CBS Studios’ upcoming animated series Star Trek: Prodigy to reprise her iconic role as Captain Kathryn Janeway. Featuring Mulgrew as she shares her excitement for the project, you can check out the full announcement video in player below!

“I have invested every scintilla of my being in Captain Janeway, and I can’t wait to endow her with nuance that I never did before in Star Trek: Prodigy,” Mulgrew said. “How thrilling to be able to introduce to these young minds an idea that has elevated the world for decades. To be at the helm again is going to be deeply gratifying in a new way for me.”

Kurtzman added, “Captain Janeway was held to a different standard than her predecessors. She was asked to embody an inhuman level of perfection in order to be accepted as ‘good enough’ by the doubters, but showed them all what it means to be truly outstanding. We can think of no better captain to inspire the next generation of dreamers on Nickelodeon, than she.”

The Golden Globe-nominated actress’ Captain Janeway was the central character for Star Trek: Voyager which ran for seven seasons from 1995-2006. She was also the only female captain to lead a Star Trek series.

Star Trek: Prodigy will follow a group of lawless teenagers who discover a derelict Starfleet ship and take it on adventures while searching for meaning and salvation in the universe. The CG-animated series is expected to make its debut in 2021. The series is being developed by Emmy winners Dan and Kevin Hageman (Scary Stories To Tell in the Dark). The project is overseen by Ramsey Naito, and was first announced in April 2019.

Daniel Craig Has Simple Advice for the Next James Bond