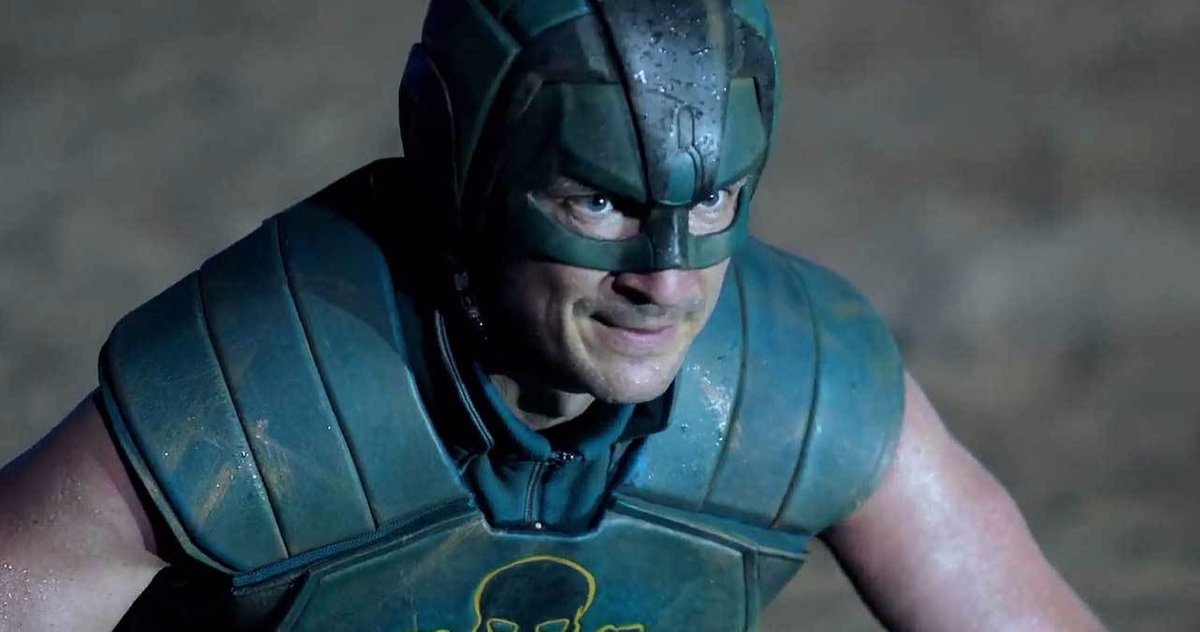 For the longest time, fans have been clamoring for Nathan Fillion to play a superhero. Their prayers were partly answered when it was revealed that Fillion will be joining James Gunn’s upcoming movie The Suicide Squad. Little is known about the costumed character Fillion is going to play in the film, other than the fact that he is named TDK, but eagle-eyed fans have noticed a few hints in the footage from the movie that possibly confirm Fillion’s character.

During the DC FanDome event, Gunn released some behind-the-scenes footage from The Suicide Squad. Many of the main characters were officially revealed in the footage, but Fillion’s character with the elaborate headgear was simply referred to as TDK with no additional details. Now, fans have spotted a series of polaroids in the background of one of the scenes which show a disembodied arm adorned with TDK’s bracelet flying or being thrown through the air.

This has led fans to conclude Fillion will be playing a version of a DC Comics character known as Arm-Fall-Off-Boy, who gained infamy when he tried out for the Legion of Super-Heroes and was rejected. Arm-Fall-Off-Boy has the unique and disturbing ability to detach his limbs and use them as blunt weapons, a power he gained after getting careless with anti-gravity metal Element 152. Post-Zero Hour, Arm-Fall-Off-Boy was renamed Splitter, while still having his powers and still not making it into any of the superhero groups.

Fans are speculating that Nathan Fillion will play a version of Arm-Fall-Off-Boy, while his acronym TDK could be a riff on Christopher Nolan’s The Dark Knight, and could also stand for The Detachment Kid. And that would still not be the most bizarre character to be a part of Gunn’s Suicide Squad.

Apart from revealing TDK’s true nature, the DC FanDome footage for the movie also dropped hints that the Squad could be dealing with the alien menace of a gigantic starfish supervillain named Starro. In some of the scenes, we can see downed soldiers in the background with what appears to be starfish attached to their faces, which is a classic gambit used by Starro to mind control the population of the planet he happens to be invading.

The film tells the story of a group of supervillains pressed unwillingly into the service of the government on dangerous missions in return for getting some jail time commuted from their sentences. The Suicide Squad arrives in theaters August 6, 2021. This news was first deduced over at Screenrant.