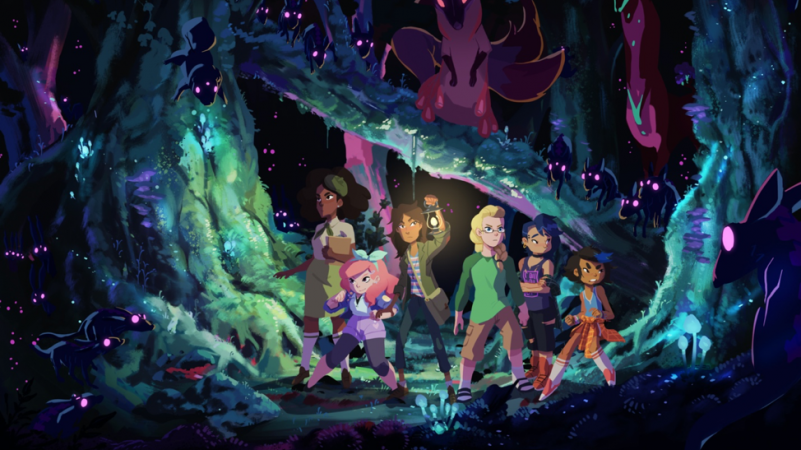 Coming off from the successful five-season run of Netflix’s fan-favorite animated series She-Ra and the Princesses of Power, series creator Noelle Stevenson has finally found her next animated TV project. According to The Hollywood Reporter, HBO Max is currently in the process of developing the animated series adaptation of Boom! Studios’ award-winning comic book series titled Lumberjanes, which was co-created by Stevenson.

First published in 2014, the Lumberjanes comic book series follows the story of five friends named April, Jo, Mal, Molly, and Ripley, who’ve met during one fateful summer at Miss Quinzella Thiskwin Penniquiqul Thilstle Crumpet’s Camp for Hard Lady Types. Their differences aren’t the only thing they have to canoe around as the girls soon discover there are mysterious and supernatural forces afoot.

The official book synopsis reads: “Friendship to the max! Jo, April, Mal, Molly and Ripley are five best pals determined to have an awesome summer together…and they’re not gonna let any insane quest or an array of supernatural critters get in their way! Not only is it the second title launching in our new BOOM! Box imprint but LUMBERJANES is one of those punk rock, love-everything-about-it stories that appeals to fans of basically all excellent things. It’s Buffy the Vampire Slayer meets Gravity Falls and features five butt-kicking, rad teenage girls wailing on monsters and solving a mystery with the whole world at stake. And with the talent of acclaimed cartoonist Noelle Stevenson, talented newcomer Grace Ellis writing, and Brooke Allen on art, this is going to be a spectacular series that you won’t want to miss.”

Created by Stevenson, Shannon Watters, Grace Ellis, Brooklyn A. Allen, the comic book series consists of 70 issues and 13 graphic novels that had already sold over a million copies. Since its debut, it received critical acclaim for its exploration of female friendship and strong LGBTQ representation. It had also earned two Eisner Awards for Best New Series and Best Publication for Teens.

RELATED: She-Ra and the Princesses of Power Season 5 Review

The Lumberjanes series will be written and executive produced by Noelle Stevenson, who will also serve as a director in some episodes. Should the project secure a series order, it would first be launch as an animated special that will serve as an introduction to the new series. The project was originally being developed as a feature.

The Real Camp Crystal Lake Reopens for Tours This Halloween…