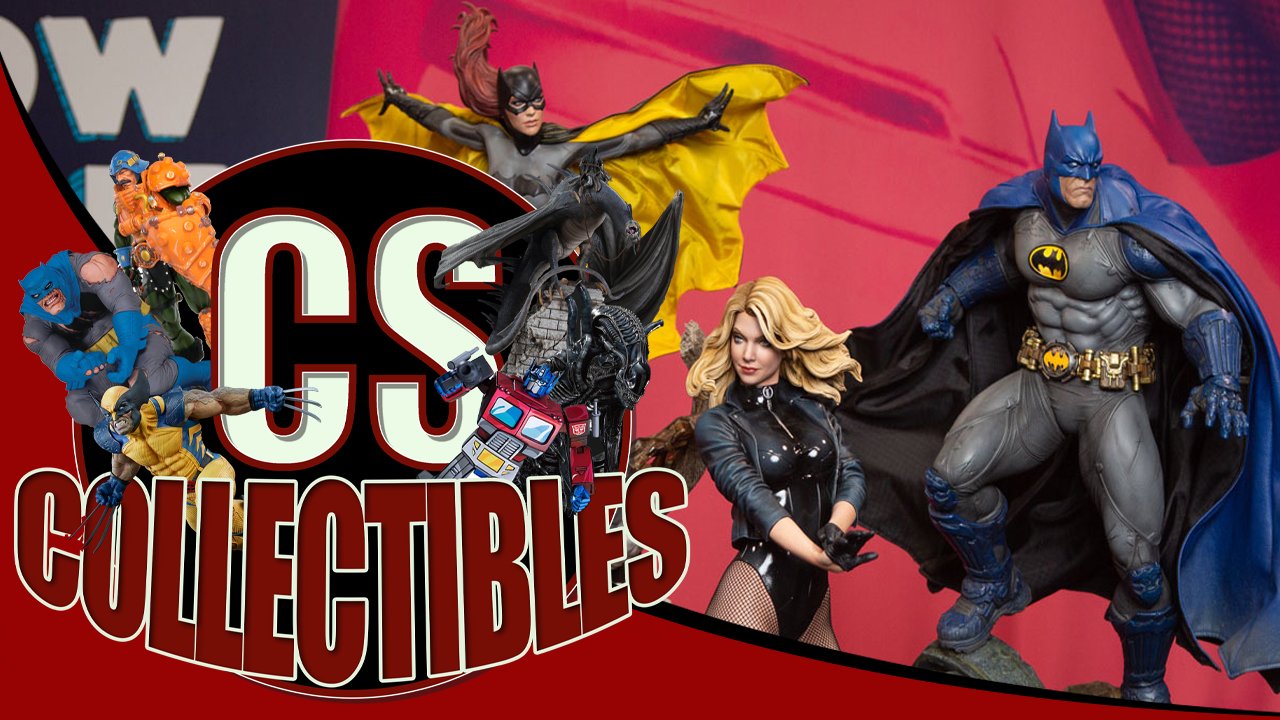 Hello and welcome to the latest edition of CS Collectibles, ComingSoon.net’s newest weekly column that brings you the best in premium collectibles! Find out all the latest on statues, figures, posters, cards, eBay deals, Amazon deals & much more below!

This week Sideshow Con “New York” brought out some big reveals of sensational new statues and figures, which you can check out in the video below!

Hey, Bub! Ready for an X-traordinary episode of Unsealed and Revealed? Join Jeff and Guy tomorrow morning at 10 AM PDT LIVE as they check out the Wolverine Sixth Scale Figure!https://t.co/BC3SnRAeLr@heytherejeffro #SideshowCollectibles #XMen #Wolverine #Marvel pic.twitter.com/n0sQZWcsgq

Each Ghostbusters Fine Art Print features an authorized, automated artist signature and an embossed Seal of Authenticity as a part of the limited edition of 350 pieces. With expert likeness and fidelity to the film’s style, this vibrant tribute to the inimitable Ghostbusters is a must-have for fans of the beloved movie!

Whether you collect spores, molds, and fungus or gallery-worthy artwork, there’s only one name to call when it comes to combating the supernatural- bring home the Ghostbusters Fine Art Print by Paul Shipper today! 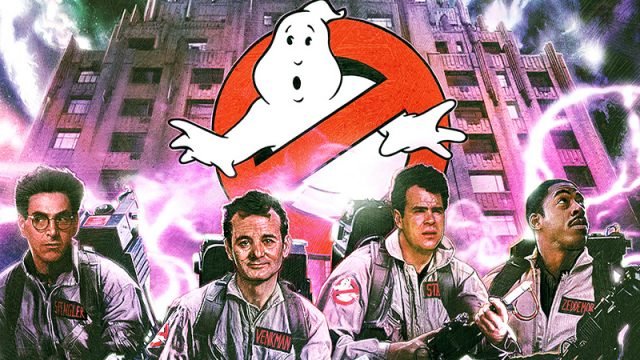 Sideshow’s Wolf Predator Legendary Scale Bust is a perfect recreation and will make an amazing addition to any collector’s Predatory display. The piece itself is made up of a mixture of high-quality PVC and resin, leading to remarkable consistency and accuracy of details. This Predator Bust will be packaged in two boxes, with fully white inner art boxes. The package also includes an 8.5×11 print of the frightening face of the Wolf Predator. 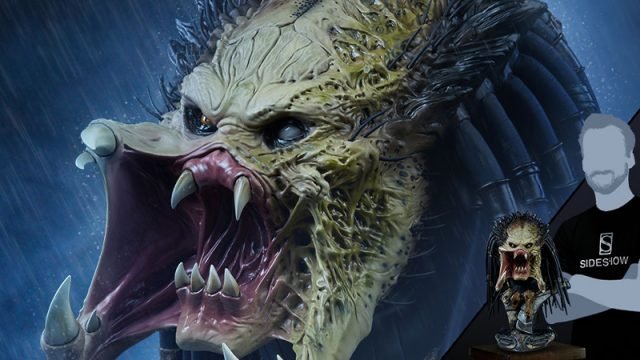 A Diamond Select Toys release! turn your shelf into a Nightmare! the cast of Tim Burton’s Nightmare before Christmas continues to populate DST’s line of resin busts. Featuring the movie’s most popular characters atop diorama bases, the line continues with villain Oogie boogie and Jack Skellington’s dog, zero. Oogie measures approximately 7 inches tall atop a pedestal inspired by his lair, while zero stands approximately 4 inches tall atop a pile of books and a Jack o’lantern. Each bust is limited to 3, 000 pieces and includes a numbered Certificate of authenticity in a full-color box. Sculpted by Joe Menna!. 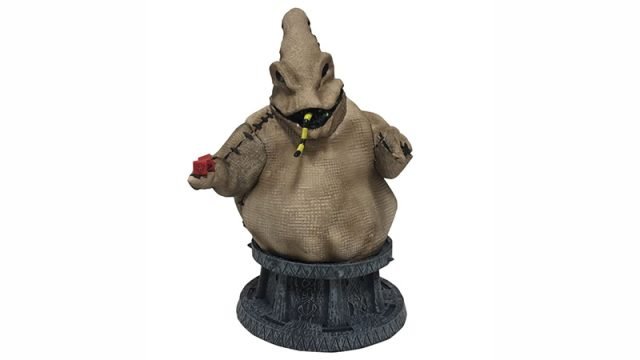 A Diamond Select Toys release! He’s come back! The original Pennywise the Clown, played by Tim Curry in the 1990 TV Mini-Series IT, is now the newest character in the line of horror-inspired Gallery Dioramas. Depicting the clown in mid-transformation, this approximately 9-inch sculpture is made of high-quality PVC, and features detailed sculpting and paint applications. Packaged in a full-color window box. Designed by Caesar, sculpted by Rocco Tartamella. 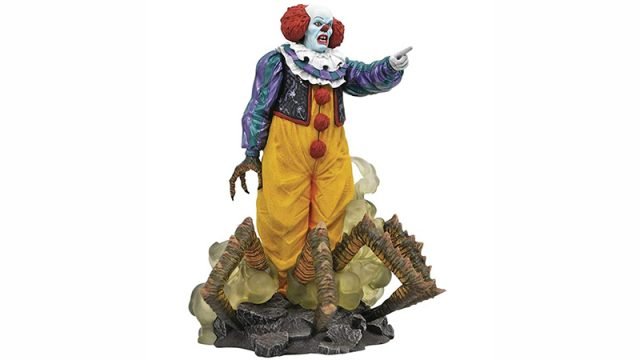 Prowling in the moonlight to bring you a horrifying vessel from which to lap-up your sinister spirits from, it’s the official Universal Monsters The Wolfman Tiki Mug! This monstrous mug is designed by the deadly Doug P’Gosh, sculpted by the mischievous Matthew Black, and produced with the help of the terrifying Tiki Farm team. The Wolfman features his horrible visage on one side, a scream scene from the film on the other, and holds 16oz of the lethal liquid of your choice! Howl you going to resist adding this to your collection?

This version of The Wolfman features a matte white base blaze, with a Dark Midnight Blue wiped glaze over it. 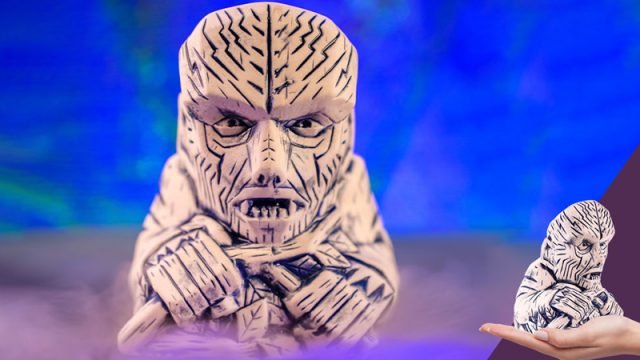 From the heights of Mt. Olympus, to the shores of Midgard, Kratos cleaves his way into sixth scale for this first time! This deluxe figure features over 25 points of articulation, real fabric belts, pants, apron, and ptergues. In addition to Mimir and the Leviathan Axe, Kratos features several weapons, such as his Blades of Chaos with chains, interchangeable heads, hands, and much more! 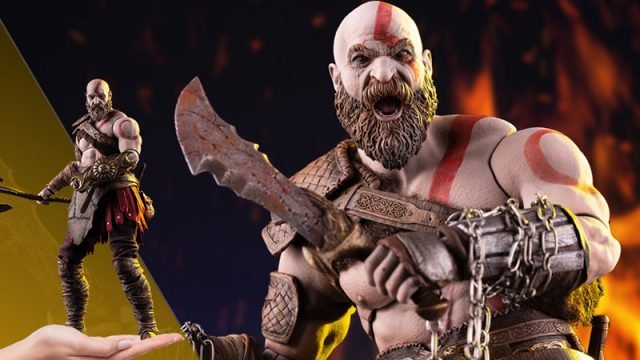 ALMOST SOLD OUT: Sideshow and Iron Studios are proud to present the 2019 SDCC Exclusive Ghost Rider Art Scale Statue! This limited edition exclusive is based on comic book references and features a diecast chain and base that can be connected to the Hobgoblin Statue. Hand-painted and made in polystone, don’t miss your chance to add this Ghost Rider statue to your Marvel Comics collection! 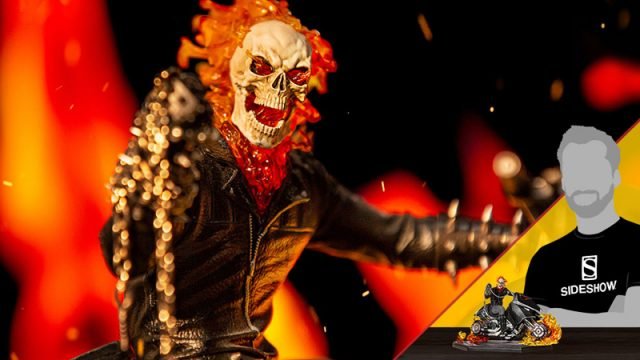 One of the greatest horror movie icons, Freddy Krueger is the central character from the Nightmare on Elm Street franchise.  As an assassin of children, he was burned alive by vindictive parents and returned as an evil spirit that kills teenagers in their dreams, also killing them in the real world. Immortalized by actor Robert Englund, who played him in nine films, Freddy Krueger is now the new addition to the Iron Studios Horror series 1:10 Art Scale line. This highly detailed statue comes in two versions, the regular and a deluxe version that includes a themed base captured directly from the movie! 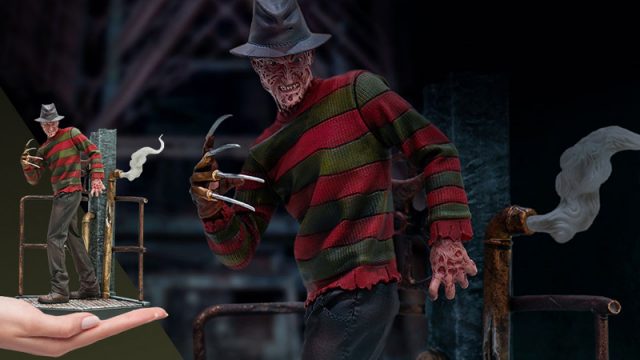 Sideshow and Prime 1 Studio present the Tyrannosaurus-Rex Statue from Jurassic Park. Jurassic Park was directed by Steven Spielberg and is based on the 1990 novel of the same name by Michael Crichton.

Based on the iconic scene from Jurassic Park, fans can expect this product to be as movie accurate as possible with the help of modeler Julien Romeo and sculptor Steve Jubinville. 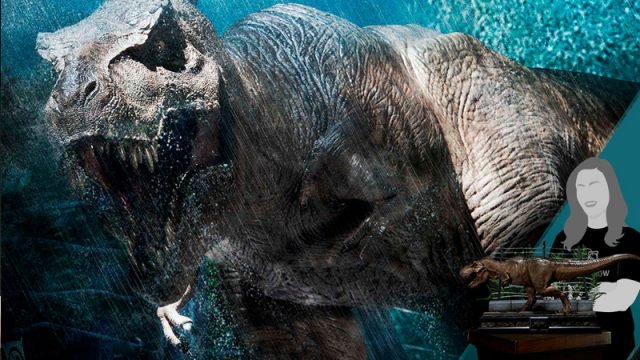 Sideshow and Prime 1 Studio are proud to present the Pennywise 1/2 Scale Statue. Drawn from the pages of Stephan King’s original novel IT and adapted into the worldwide success of the 2017 horror film by the same name. 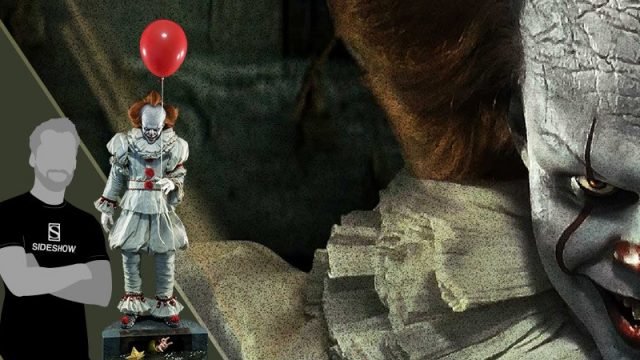 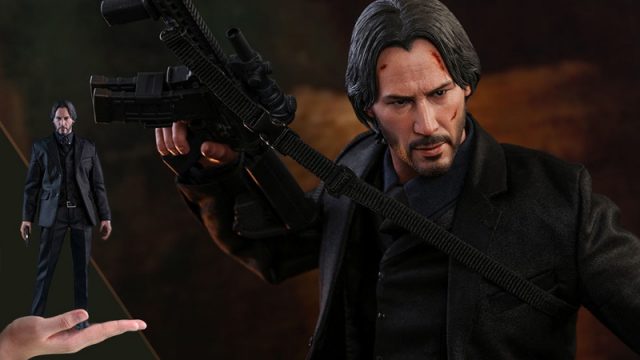 In The Dark Knight, master of evil The Joker ravages Gotham City intent on destroying Batman. He is always prepared to bring chaos and cause terror in the city. Adding on to The Dark Knight Cosbaby collectible series, Sideshow and Hot Toys present the Joker Cosbaby. Each Cosbaby figure measures approximately 12.5 cm tall including figure base. Joker in crazy green hair and smudging clown makeup has put on his classic purple coat, holding playing cards in one hand trying to leaves his mark everywhere he goes. 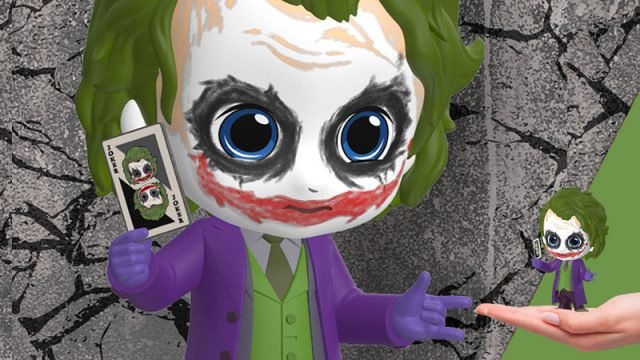 Scary for Halloween or every day of the year: The officially licensed Super7 x Universal Monsters retro monster masks! A collaboration with Retro-a-go-go and designed by artist Doug P’gosh. Made of high quality plastic with an elastic head band and with retro packaging that will remind you of being a child before the Internet. 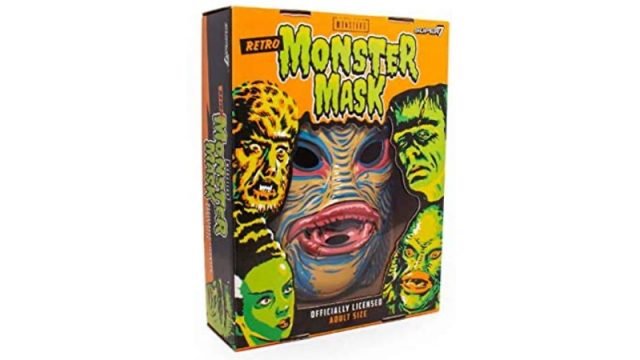 From Super 7. Relive the fun and excitement of the classic Teenage Mutant Ninja Turtle action figures with these figures from Super 7! Raphael, the Witty Voice of the Turtles, emerges with a fully loaded weapons rack, communicator, alternate head and hands, plus a pizza slice! 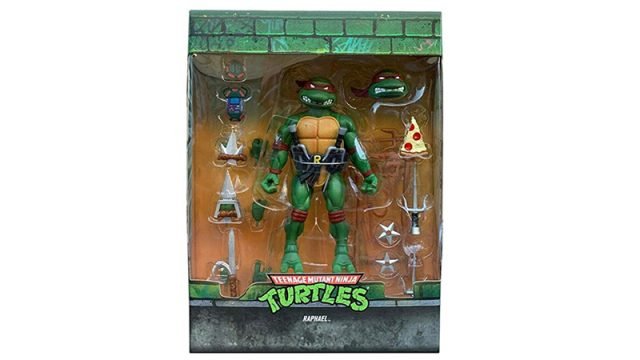 Get a surprise mix of horror collectibles and apparel delivered to your chamber door every other month! 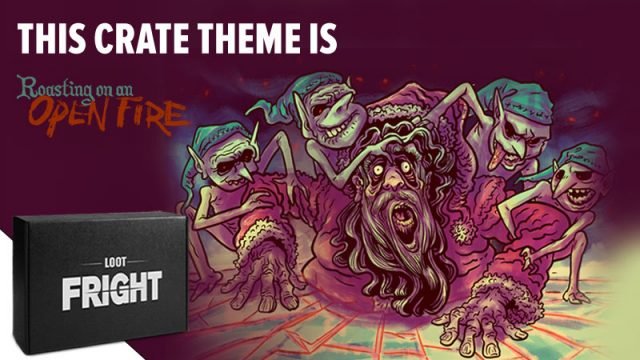 Wizards of the Coast

Preorders for #TWD Secret Lair drop are now LIVE, unlike the walkers on the zombie tokens. Grab your best zombie fighting gear and head over to https://t.co/a0Wcy0cRYJ now! pic.twitter.com/GoFLipmrBz

What do you think of CS Collectibles so far? Let us know in the comments below!

Scream 5 Star Thinks Fans Will Dig It, Says It Brings Back Magic of the Original

[Beyond Fest] Saint Maud Review: A Masterwork in Religious…