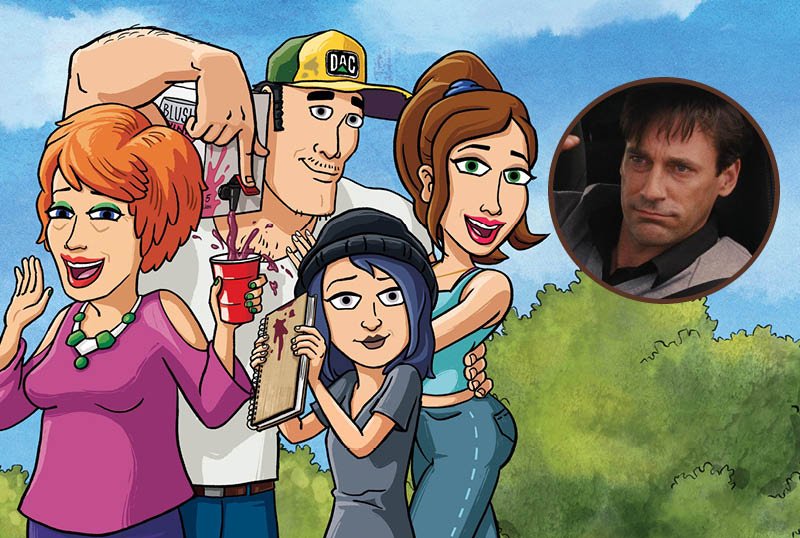 As the second season gets underway, Fox’s Bless the Harts is already lining up a star-studded guess cast roster as Jon Hamm (Top Gun: Maverick) has signed on to make a cameo appearance and reunite with Bridesmaids stars Kristen Wiig and Maya Rudolph, according to The Hollywood Reporter.

Hamm is set to appear in the October 18 Halloween-themed episode “Dead Mall” as the mayor of the titular family’s North Carolina city, Mayor Webb, described as an “old-school stoner mayor who does his best to keep the small town going on a tight budget, with a proclivity for staging public explosions of old buildings.”

Created and executive-produced by Emmy Award winner Emily Spivey (The Last Man on Earth, Parks and Recreation, Saturday Night Live), the 10-episode first season received rave reviews from critics and was a solid draw in ratings for Fox, garnering a 22-episode second season renewal, which premiered in late September.

Bless the Harts follows a group of Southerners who are always broke as a joke, and struggling for the American dream of status and wealth. What they don’t realize is that they’re already rich, in friends, family and laughter. The cast for the series includes Wiig, Rudolph, Jillian Bell (Workaholics), Ike Barinholtz (The Hunt), Kumail Nanjiani (The Lovebirds) and Fortune Feimster (Friendsgiving).

Lord and Miller, who previously worked with Spivey on their series, The Last Man on Earth, produce the series through their Lord Miller Productions banner, with the company’s Aubrey Lee overseeing the project in their continuing growing roster of production slates in the film and TV worlds.

Leap of Faith: William Friedkin on the Exorcist Gets Shudder Release Date in November

4K The Hobbit and The Lord of the Rings Trilogies Are…